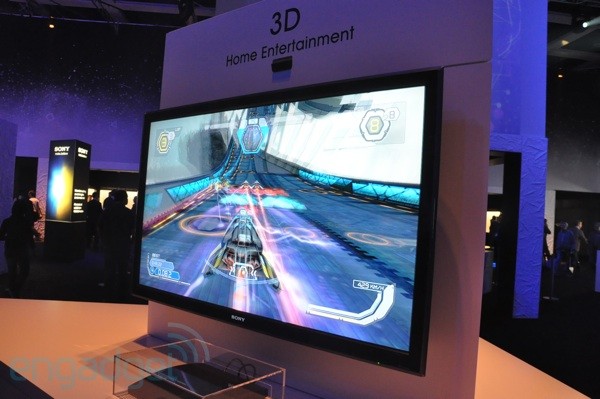 We like gadgets at our house, and I am amazed at what I saw last week at the 2010 Consumer Electronics Show, the premier event for the presentation of the industry’s latest electronic products.

Without a doubt I have to say that the event was the coming-out party for consumer three-dimensional (3-D) display technology. 3-D devices were on display in whatever area you looked at the show- televisions, video players, cameras, gaming and even broadcasting. The results were impressive! It is no longer just a curiosity. 3-D technology has been around for quite a long time, but along with the advancement of higher resolution displays, it has obviously been the focus of many electronics companies’ recent R&D efforts.

We are all familiar with older versions of 3-D video and movies that use different colored paper glasses, but the newest techniques when combined with modern high-definition displays were incredibly realistic. The next step up from colored red-and-blue glasses has been dark polarized lenses that can separate the two images necessary for the 3-D depth effect. This is the technique used in the popular and very successful Avatar movie.

On display at the CES show were televisions using “active” glasses where the video seen through each lens is electronically “shuttered” on and off in sync with the display images so that each eye sees a different image appropriate for that eye’s viewing angle. This gives an even more realistic, bright and colorful display. The first live DirecTV 3-D broadcast was demonstrated with the Panasonic TC-P50V25 using this technology and it felt like you right there underwater swimming with the dolphins or soaring over the Grand Canyon.

Intel also demonstrated a very interesting monitor that could present three-dimensional images where the viewer didn’t have to use any type of glasses at all. It was mesmerizing to watch. The technology that was used here is called “lenticular” and is similar in principle to the flip-flop pictures our parents (and us!) used to get out of Cracker Jack boxes as a kid. This is a principle that has been around since the late 1800’s and has been reapplied to 21st century needs.

To me it is amazing that for as long as it took to get HD television into our living rooms, the electronics manufacturers have unveiled three-dimensional video displays surprisingly fast. However to make the hardware sing it needs content. Fear not, the broadcasters are joining the party.Just a few weeks ago it was announced that ESPN and the Discovery Channel are entering the third dimension now. ESPN 3-D and will broadcast over 85 sporting events in 3-D this year.

I’m not sure I relish the idea of replacing recently purchased HD television sets so quickly, but much like the adoption of HD, once you see it you can immediately appreciate the benefits. 2010 will be the turning point in 3-D television and entertainment. Like it or not – it is coming, and coming soon.