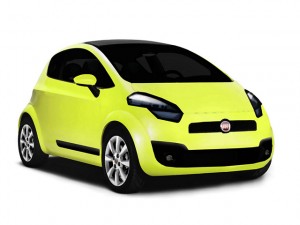 Today there are so many ways available to share information. Collaboration and social dissemination of information are done through a variety of means including workshops, focus group sessions, communities of practice, teleconferences, video conferencing, net meetings, idea portholes and Web applications.

Many corporations have also gotten a taste of the success that can come from leveraging the tools and capabilities of social platforms and allowing the “crowd” to help them innovate.

Here are a few case studies:

Coca-Cola-owned Glaceau vitamin water took notice of the popularity of its Facebook page and tapped the crowd for inspiration. The company created a “Flavor Creator Lab” to come up with a brand new variety of drink. This was a three-month, three-step program that allowed developers to have a two-way conversation with their consumers.

The winning flavor — named “Connect” — hit shop shelves in 2010. It was made by fans, for fans. Coke provided them the tools to develop something they were passionate about. vitamin water was among the first brand to use social networking to give fans such level of control over product innovation.

Last year Fiat took the concept of crowdsourcing to the next level by inviting customers and car enthusiasts to help design the new Fiat Mio. Rather than honing the details behind closed doors to prevent competitors from stealing ideas, Fiat actually exposed the design process for the entire world to view in real time.

Anyone could log onto the site and check out the videos of the ongoing developments being made to the car, discuss with other participants what they like, disliked, or thought could be improved on. Submissions included an idea to have wheels that rotate 90 degrees to allow for easier parallel parking, using cameras instead of rear-view mirrors, and developing inter-vehicle communication mechanisms to avoid collision.

Since the project began, several million unique visitors have logged in, and thousands of comments and idea submissions have poured in. The presentation of the Fiat Mio was the conceptual highlight of last year’s motor show, where attendees saw and learned about the world’s first collaborative car.

These are just a couple of the examples that are embracing social collaboration as a means to help companies, groups and individuals interact and share information to achieve a common goal. Identifying and targeting the appropriate groups and collaboration spaces to direct messages and achieve results is a modern marketing battlefield.

Don’t neglect to explore the possibilities.