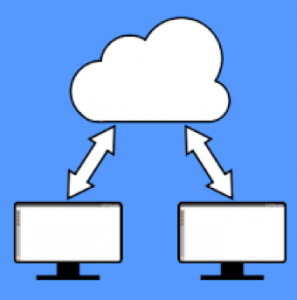 “There are expected to be 28 billion connected devices by 2020. We’ll need the computing scale that only the cloud can provide to learn from them.” I’d say that is good advice!

Cloud computing has been underestimated as a transformative force in business. And it’s just getting started.

The disruption that cloud computing has had on business is so profound that it’s hard to believe the concept came about only eight years ago, when Amazon announced a rudimentary on-demand storage service called S3. It took me another three years to truly understand the size and scope of the cloud, and why everyone from large technology companies to investors routinely underestimate its influence. That’s when I asked Werner Vogels, Amazon’s chief technology officer and the public face of Amazon Web Services, “What is the cloud?” His answer has always stayed with me. The cloud, Vogels explained, is the freedom to tinker, a license to experiment.

The arc of cloud computing can be roughly divided into three phases: experimentation, essentialness, and experience. Currently, cloud computing can rightly be considered an essential part of business, which means that its best days are still to come, as it weaves ever more into our increas­ingly connected society.

To understand how we got here and where we’re going, let’s start by assessing the experimentation era. In its earliest form, the cloud freed developers from thinking about hardware, storage, servers, and networking gear. Or, as technologists like to say, it abstracted the infrastructure. This fundamental shift in thinking allowed developers to come up with apps that took advantage of computing power as a service. Amazon Web Services helped Kevin Systrom and Mike Krieger launch and turbocharge Instagram, and it allowed Dropbox to grow from an idea into an Internet utility used by hundreds of millions of people. Our embrace of mobile tech has only accelerated cloud computing, because smartphone apps can do even more amazing things when their real power resides in the sky. Now the rising popularity of data analytics means that even more businesses are open to deploying the processing muscle that the cloud provides cheaply.

Cloud computing has changed how startups are built and companies are scaled, and now the largest enterprises are realizing its value. Why buy hardware when you can pay by the month, based on how much oomph you need? Even the CIA doesn’t want to bother with buying traditional infrastructure. Amazon provides the agency with a virtual private version of what it sells companies like Netflix and Comcast.

If the growth so far is astonishing, the big boom is yet to come, driven by the increasing presence of sensors in our world, including next-generation weather-monitoring systems and cars such as the forthcoming Tesla D. The latest iPhone 6, for example, includes a barometer to figure out how many steps you climbed. It is easy to imagine a near future in which sensors track soil conditions, climate, and humidity to manage farms. Smart garbage cans could send pings when they are full. The research firm International Data Corp. forecasts that there will be about 28 billion connected devices by 2020—and they will be a $7.1 trillion business by then.