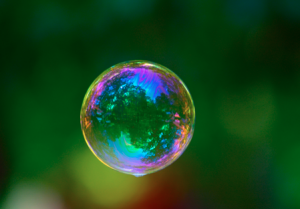 disrupt: (verb dis·rupt \dis-ˈrəpt\) to cause (something) to be unable to continue in the normal way; to interrupt the normal progress or activity of (something).  -Webster’s Dictionary

In its November 9th report under Fast Company’s “Hit the Ground Running” series, Faisal Hoque reports that even though disruption and leadership might seem like opposing forces, the best leaders reconcile the two:

Disruptive leadership isn’t about change for the sake of change. It’s about integrating change into the modus operandi of the company—which, of course, is easier said than done. The truly disruptive leader doesn’t need to talk about disruption because it’s simply how they get things done. How? Here are five ways the most dynamic leaders embrace disruption and radiate it through their entire organizations.

1. They Relentlessly Pursue The Truth

Not telling others what you can see with your own eyes is the first step towards an early grave. When the business environment shifts and the accustomed approaches stop working, the last thing any business needs is a leader who suggests everyone keep calm and carry on.

Disruptive leaders empathize with their teams and involve them in their thinking.

Disruptive leaders are always testing to make sure their companies’ strategies are still effective—and say so when they aren’t. The more rapidly changes take place, the more crucial it becomes for leaders to take all their employees with them on the journey. The truth sometimes hurts, but it’s often the shock of that truth that prods people into taking actions and making decisions they might not have contemplated otherwise.

2. They Guide Others Through Chaos

Leaders need to be comfortable with the reality that in the face of change, the future is often hazy. Then they need others to be equally comfortable with that. As a company enters uncharted waters, it can be daunting for everyone involved. This is where the old “steady hand on the tiller” idea of leadership still has some force—not to guide an organization along a familiar course during difficult times, but to keep the ship steady as it steers in a new direction.

A big piece of that is communication. Leaders need to cut through the press-release palaver about “exciting new opportunities” and explain in concrete, practical terms how the changes under way tie into the business’s objectives: What new moves is the company making, and how come? Disruptive leaders empathize with their teams and involve them in their thinking. Chaos with a final destination is somehow a little less chaotic, even if you can’t map out in advance every move that will take you there.

The guiding principle of a disruptive leader is decisiveness. Leading by consensus has its place in the business world, but you can’t focus-group your way to an effective new playbook when the landscape changes abruptly.

Even if some decisions involves the most basic of “gut feels,” disruptive leaders need to tell their teams precisely what they want, when, and why—then help them to make it happen. Waiting too long to weigh countervailing opinions can spell doom.

4. They Break The Rules And Write New Ones—But Always Explain Why

The word “normal” doesn’t exist in a disruptive leader’s vocabulary—once something has become normal, it’s probably obsolete. The market is constantly changing, and the aim is always to be at its forefront rather than floundering in its wake. Sometimes that means breaking the rules; indeed, disruptive leaders nurture a healthy skepticism of best practices.

If employees don’t know the current rules of the game, the organization can’t play by them as a team.

Still, a willingness to break the rules isn’t the same as cheering lawlessness. Embracing disruption means there’s always a new normal, and for as long as it lasts, it’s up to leaders to communicate what it is. If employees don’t know the current rules of the game, the organization can’t play by them as a team.

5. They Thrive On Uncertainty

Leading disruptive innovation means getting used to incredible levels of uncertainty. You never know how something will work until you try it. Modifying your assumptions and adapting your plans depending on your results is the standard practice of the most effective disruptive leaders.

But while such leaders might be called visionaries, they don’t have a crystal ball. There’s a certain method to the mayhem of navigating continuous changes, and disruptive leaders know that the key to success lies in using the insights from experimenting in order to chart a new direction.