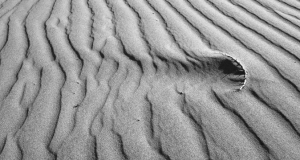 There’s a new breed of digital disruptors that are impacting everything. My friend Robert Tucker at Innovation Resource has penned a piece about disruption trends in the coming months.

At FIS’s banking conference in Orlando last month, the talk was of digital disruption. As if Dodd-Frank financial regulations and blockchain technology weren’t enough to contend with, here comes the “two guys from Ireland” to eat their lunch. Brothers Patrick and John Collison grew up in a remote part of Ireland and didn’t have internet access until they were teens. But they created Stripe, which is being heralded as “a far simpler method of processing payments” that could wipe out banks’ credit card processing business. Stripe was recently valued at $5 billion, and the brothers have relocated to Silicon Valley.

The Collisons are part of a new breed of digital disruptors sending shudders through the banking sector. With names like Stripe, Square, AimLoans, Zopa, Mint, and Wonga, they are targeting every revenue category that banks rely upon for profits: home loans, consumer credit, asset management, deposits, and credit cards. Accenture expects disruptive business models to gobble up 32 percent of banks’ revenue stream by 2020. And banks are hardly alone. Here are five ways to disrupt the disruptors in your market:

1. Understand the nature of disruption in your market. To understand the nature and pace of disruption, look at the exponential rate of technological advancement. When the term “disruption” first entered the business lexicon in the late 90s, the phenomenon was confined to the disk drive industry and a few others. Today, it’s an ever-growing threat to virtually every industry. Banks and bookstores and brick and mortar retailers of all stripes are endangered. Already in 2016, the shift to online shopping has decimated big box retailer Sports Authority and regional chains across America. The college textbook industry has essentially stopped acquiring new titles, and laid off thousands of editorial employees. Moore’s Law predicted a doubling in storage and processing capacity every two years, and that’s what’s occurred. Combine Moore’s Law with the enabling power of The Cloud, and the entrepreneurial zeal of Collison brothers around the world looking to make their mark, and you get a glimpse of what is to come over the next three to five years. And what you must do to prepare.

2. Understand what’s really going on with your value proposition. In my work across industries, I regularly see numerous forces and factors triggering dislocation, not just technological. Among them: lifestyle changes, demographic shifts, and new regulations, to name only a few. Scientific breakthroughs can be triggers. Dentists are having a hard time because better preventive measures (fluoride, for example) means people are getting fewer cavities so there’s less drilling and filling to do. Consumers are drinking 36 percent less fluid milk, as an array of alternative beverages such as almond and soy milk, become available. More and more Americans are opting for cremation, disrupting the traditional funeral industry in the process. People are writing fewer and fewer letters, and the envelope industry is idled. Who will need auto insurance when driverless cars arrive? The age of disruption demands that we develop a closer understanding of what’s producing value for our customers, and how today’s value proposition might be obsoleted by new offerings that give customers greater choices.

3. In the age of disruption, being in denial is not an option. Kodak had 16 years to fend off digital disruption before declaring bankruptcy in 2012. After the iPhone was introduced in 2007, Blackberry saw its market share plummet from 53 percent to three percent in only five years. Clearly the time to respond is diminishing, and delay can be costly. With disruptive forces afoot, the natural tendency is to downplay their significance, or to make incremental moves to regain position. As a leader, it’s vitally important to not get caught focusing on the wrong things. Gather data, talk to outsiders and pick their brains for insights and advice. Study history, and develop a point of view about where things will be three to five years from now under various scenarios. Regardless of your industry or your title, you can make yourself indispensable to your organization by chasing the storm, rather than hiding in your bunker. Having studied the downfall of once-powerful companies like Kodak, Blockbuster, Radio Shack, Blackberry and others, my conclusion is that we have less time than we think to take action.