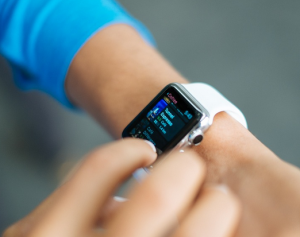 The wearable fitness trackers began gaining popularity about four years ago, and these days it seems a lot of consumers have their health goals sleekly wrapped around their wrists. But for how long? Will those smart watches become the dusty treadmills of our time? Originally marketed to serious athletes, fitness trackers are now mainly being purchased and worn by mainstream buyers like you and me, particularly in the 35 to 54 age range.

But not for long.

About 40 percent of wearers stop using trackers within six months, according to a study by NPD Group.

“Engaging people in their health more by wearing an app or wearable is moving in the right direction,” said Mitesh Patel, a senior author of the University of Pennsylvania study. “But we don’t have enough information that using it by itself would significantly change behavior.”

Patel suggests competition among friends, workplace incentives such as working toward a goal may encourage people to keep using their fitness apps. But that may not be enough.

Tracking exercise on its own might not be enough.

“It’s going to take more than just showing (consumers) information. This platform will go beyond measurement to motivate and drive improvement and make the road to personal transformation fun and social,”  Patel said.

For further reading, see, Have we reached peak FitBit?