WD-40 has been a partner/client of ours for many years, and is very savvy when it comes to creating a culture of innovation. What a great story in HBR about their culture! Here is a snippet: 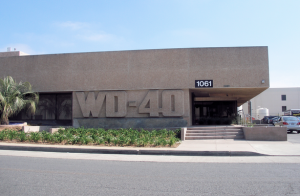 WD-40 is an unlikely setting for such a learning-obsessed culture. It is hardly a glamorous brand, but it is iconic in its own way. Almost anybody who works on cars, or does home repairs, or just wants to get rid of a squeak or some rust, has one of those bright blue-and-yellow cans in their garage or under their sink. In fact, when Garry Ridge took over, WD-40’s flagship offering was used in four of five American households and in virtually every mine, factory, and construction site in the country.

The new CEO quickly realized the product’s ubiquity was both a blessing and a curse. It was truly part of the fabric of American life, almost a cult brand. Yet the company was also a one-trick pony. It basically had the single product, which it sold mainly in its home country. As a publicly traded stock, it paid out almost 100 percent of its profits as dividends — because it didn’t know what else to do with the money. “WD-40 is a cult product,” an article in Barron’s proclaimed, but “it is hardly a cult stock.” The “very nature of WD-40’s past success doomed it to ultimate failure.”