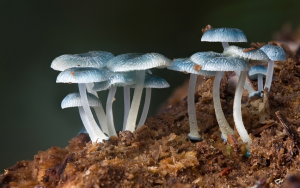 Why do some new technologies quickly replace their predecessors, while others do so more gradually?  Harvard Business Review says we need to think about things through the innovation ecosystem, and I agree!.   We ought to look not just at the technology itself but also at the broader ecosystem that supports it. Not only that, but HBR sasy we need to understand that competition may take place between the new and the old ecosystems, rather than between the technologies themselves. Read on:

For the past 30 years, “creative destruction” has been a source of fascination at top-tier business schools and in magazines like this one. The almost obsessive interest in this topic is unsurprising, given the ever-changing, never-ending list of transformative threats—which today include the internet of things, 3-D printing, cloud computing, personalized medicine, alternative energy, and virtual reality.

Our understanding of the shifts that disrupt businesses, industries, and sectors has profoundly improved over the past 20 years: We know far more about how to identify those shifts and what dangers they pose to incumbent firms. But the timing of technological change remains a mystery. Even as some technologies and enterprises seem to take off overnight (ride sharing and Uber; social networking and Twitter), others take decades to unfold (high-definition TV, cloud computing). For firms and their managers, this creates a problem: Although we have become quite savvy about determining whether a new innovation poses a threat, we have very poor tools for knowing when such a transition will happen.

The number-one fear is being ready too late and missing the revolution (consider Blockbuster, which failed because it ignored the shift from video rentals to streaming). But the number-two fear should probably be getting ready too soon and exhausting resources before the revolution begins (think of any dot-com firm that died in the 2001 technology crash, only to see its ideas reborn later as a profitable Web 2.0 venture). This fear of acting prematurely applies both to established incumbents being threatened by disruptive change and to innovating start-ups carrying the flag of disruption.

To understand why some new technologies quickly supplant their predecessors while others catch on only gradually, we need to think about two things differently. First, we must look not just at the technology itself but also at the broader ecosystem that supports it. Second, we need to understand that competition may take place between the new and the old ecosystems, rather than between the technologies themselves. This perspective can help managers better predict the timing of transitions, craft more-coherent strategies for prioritizing threats and opportunities, and ultimately make wiser decisions about when and where to allocate organizational resources.

You’re Only as Good as Your Ecosystem

Both established and disruptive initiatives depend on an array of complementary elements—technologies, services, standards, regulations—to deliver on their value propositions. The strength and maturity of the elements that make up the ecosystem play a key role in the success of new technologies—and the continued relevance of old ones.

Read the rest of this article here: