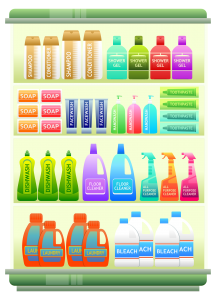 We’ve blogged previously about Amazon’s focus on growth over profits as well as the necessity for CPG companies to list products online. Changes are brewing, however.  According to the Wall Street Journal (12/16/18), Amazon is “having second thoughts [about profitability]…and is pushing big brands to change how they use its site. Inside Amazon, the items are known as CRaP, short for ‘Can’t Realize a Profit.’ Think bottled beverages or snack foods. The products tend to be priced at $15 or less, are sold directly by Amazon, and are heavy or bulky and therefore costly to ship—characteristics that make for thin or nonexistent margins.”

For example: Smartwater (Coca-Cola). Amazon previously had a $6.99 six-pack as the default order on Dash buttons but worked with Coca-Cola to change the approach — now the default order is a 24-pack for $37.20. This not only raised the price per bottle from $1.17 to $1.55, it increased overall purchase price by more than $30.00.  In addition, Coca-Cola now ships directly to consumers, sparing Amazon the expense of shipping from its warehouses.

Is this a win-win or deterrent?

The implications of this shift are mixed. On the one hand, manufacturers of food and household products need Amazon.  It accounts for a majority of total e-commerce revenue growth say consultants who work with brands on their online strategy. For big consumer brands, not being on Amazon ‘is not an option anymore. They have the power; they have the shoppers.’

By changing the shipping and minimum quantity approach for products, it is possible that manufacturers’ margins will increase as well as Amazon’s.

On the other hand, costs are higher for big brand manufacturers to ship from their own warehouses, plus Amazon has pressured them to lower prices and change packaging, both of which can be costly. Furthermore, changing their offers on Amazon can hurt sales.

Other factors include Amazon’s control over where the product is listed – some less profitable items may be moved to Prime Pantry, for example, which has its own set of pros and cons.

So, how are big brands responding?

Seventh Generation, a Unilever PLC unit, developed new product formats that are more profitable to sell online—on Amazon and elsewhere. They now make smaller, lighter laundry products like detergent pods, and offer a 6-pack of soap versus its previous 3-pack. They also created a larger, 504-count package of baby wipes to sell at a higher price. The key is that they’re not just implementing these changes on Amazon, they are leveraging them elsewhere.

Mars Wrigley Confectionery has seen “better success on Amazon in selling bigger bags of Life Savers or Dove Promises, and it has better figured out how to offer products online that shoppers want for different occasions.”

Campbell Soup Co., which like Coca-Cola ships some products directly to online consumers, is “revamping packaging for items such as Chunky Soup and Goldfish, which are typically low-priced at stores but relatively heavy to ship.” Campbell is also using predictive technology to monitor pricing dynamics so it can adjust sizes and change or redesign packaging to ensure enough profitability for Amazon.

What should your approach be?

If you currently list on Amazon, you already know your products’ sales levels and can weigh the value of conforming to Amazon’s new profitability push. Our sense is that it is worth testing and then reassessing in several months; we recommend the approach Seventh Generation has taken. Leverage the changes on other platforms (online and perhaps in store at places like Costco which sell in bulk). Not only will this make the investment more worthwhile, it will provide you with comparative data.

If you don’t list on Amazon, you may want to think twice.  Explore such options as Walmart and specialty websites. Consider building or enhancing your own for more direct-to-consumer benefits, even if your site reaches a smaller audience. The consumer data/insights and loyalty-building opportunities are far greater.

Overall, this shift is significant. Amazon generally puts the customer first – it remains to be seen how this move will play out. Weeding out ‘CRaP’ items may help Amazon’s bottom line, but not if their customers and manufacturers go away.

What do you think? Will this hurt or help Amazon? Would you still list your products? We’d love to hear your opinion! Please drop your comments below.