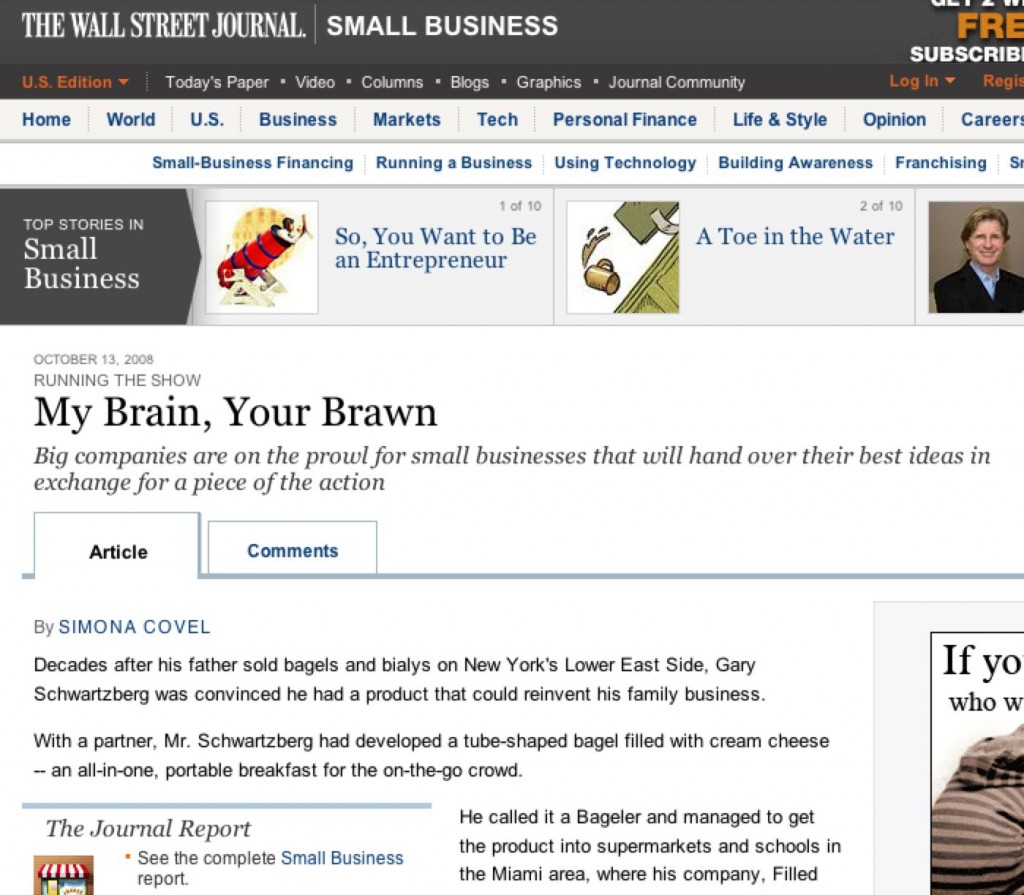 “…Compensation for the entrepreneurs in these kinds of deals varies widely, depending on the idea and the company. Technologically advanced ideas that are hard to duplicate typically command more. In some industries, such as housewares, inventors might expect to earn 5% to 7% of sales, says Cheryl Perkins, founder and president of Innovationedge, a Neenah, Wis., consulting company that helps entrepreneurs and start-ups work with big businesses. Other industries may offer lots of different structures depending on whether the invention is a new product, a product enhancement or a new technology tool, and depending on how developed the idea is.”

Entrepreneurs who approach a big company with an idea should tread carefully and protect themselves, says Innovationedge’s Ms. Perkins. If an idea is patentable, she says, get the patent. If not, something as simple as a trademark or even buying an applicable domain name can help persuade a big company that you have an intellectual asset that’s worth buying from you.

“Once you own it, it’s yours. It’s very intriguing for a company to acquire a bundle of assets, rather than just a patent,” Ms. Perkins says.

Entrepreneurs should agree to work with a big company only if they’re sure the company has a clear goal for their product or idea. If executives seem uncertain, or not very committed, “it’s better to go where you have some pull,” she says. In most cases, it’s best to go with a company that has made a concerted effort to look outside for new ideas.