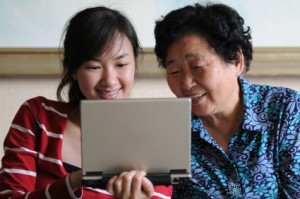 Media in emerging markets is changing the way people in what we often call “third-world nations’ consume technology.  I’m seeing some of the major trends mimic what we’ve experienced in the United States, while other media trends seem to be going in a different track.

An article titled Global Media Habits 2010, by Greg Lindsay, shows us how different types of media are being consumed around the globe, from television to newspapers to cell phones.

Among the trends is this fact: Even the most poor nations consider television a necessity. Lindsay writes,

In 2010, nearly half of Indian households have TV, up from less than one-third in 2001. But in urban areas, that figure jumps to 96%. (Compare that to 7% of Indians who use the internet.) In Kenya, the TV-penetration rate rose from roughly 60% to 70% from 2005 to 2009, even as the number of households measured increased by nearly half. Even in the slums of Sao Paulo, TVs are the top seller of Brazilian retail chain Casas Bahia, despite the fact that residents tend not to have electricity or running water.

Another interesting trend is in newspaper consumption. We know that in the U.S. newspaper circulation is declining, but not so in the rest of the world where the newspaper business is booming. There are 44 percent more paid dailys in India, with Asia, Africa and Latin America not far behind.

Facebook is another big media demand in emerging markets. Facebook’s user base is 517 million people, 70% of whom live outside the U.S. Interestingly, these users follow brands just as much as American users do:

According to a DDB study of 1,642 international Facebook users, the average self-avowed fan is 31 years old and follows nine brands. Three-quarters (76%) have already pressed “like” to signal they are a fan of a brand. In return, they expect special treatment (95%) and are willing to advocate for the brand if necessary (94%).

The invention of “cyber cafés” has been instrumental in online usage in emerging markets. But while access costs are often too high for the poorest of people to afford, cell phone costs are very reasonable, especially among the up and coming generation.