Innovationedge is proud to help inventors find success on the shelf with their innovative ideas, and this month you can help three of them become rock stars of the Wal-Mart shelf!

Back in January, the retail giant kicked off an American Idol-like contest called  Get On The Shelf for best new products, and inventors in the 50 U.S. states jumped at the chance to pitch their products via YouTube. Nearly 4,000 contestants submitted videos and those who have made the final cut include three inventors that Innovationedge is mentoring for success: Mick Gordon, Dr. Shannon Klingman (who submitted two entries), and Karen Jarostchuk. Their videos are below.

This week on March 7, we the people get to vote on which video and which products are the brightest of the ideas. The winners will get help from Wal-Mart on marketing, production and even logistics.

The first round of voting ends on April 3rd, and 10 winners will emerge. Then you’ll get to vote again from April 11th to April 24th to narrow the field to the three best. Those top three products will be produced, shipped, and stocked at Wal-Mart stores around the country. Let’s vote to help these three get their products on the shelf: 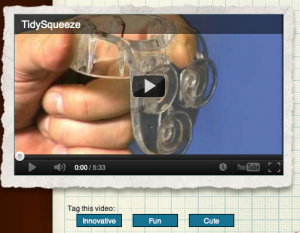 TidySqueeze solves all of these problems:

Our next inventor, Dr. Shannon Klingman, has two inventions. Here’s her Sheer Epiphany Deodorant and Antiperspirant: 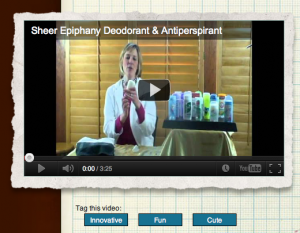 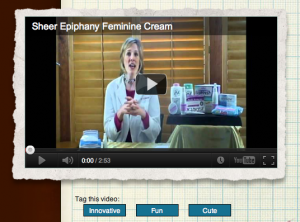 Finally, this creative video from Karen Jarostchuk, the inventor of Popkins®, for the ice-pop  without the ick! 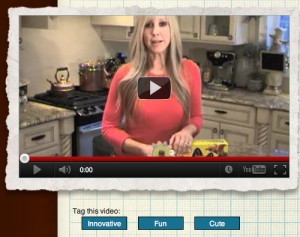 Popkins is a multi-layer absorbent napkin used when eating ice-pops. They come printed and cut into characters, which makes them a fun solution to this sticky situation.