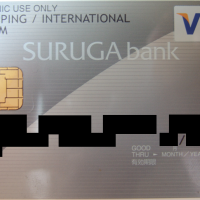 Most of us carry a credit card or a debit card, and I always wonder what new and innovative things banks are doing to keep us safe and secure. According to MSN Money partner, some major changes are soon launching that will not only keep our accounts safe, but add a little more pizazz to our billfolds.

The way we pay with plastic has changed a lot over the years, from the explosion in debit card usage over the last couple decades to the proliferation of rewards cards from retail stores, airlines and hotel chains. The physical features of cards have also evolved.

First, those embossed account numbers in raised lettering and numbering are soon to be a thing of the past. After all, we no longer run our cards through carbon-copy embossing devices that take a physical imprint. Everything is digital now thanks to the magnetic “swipe.” But even magnetic strips can be altered. So now we can expect to see flat cards without the 3-D lettering.

Second, you can expect to see “smart cards” that contain embedded computer chips rather than magnetic strips. Chips can allow shoppers to simply wave their card toward a terminal rather than having a swiping device read the card. In fact, some of those terminals are already up and running in cabs and gas stations in some major cities like New York. And in Europe, they are quite common.

Until retailers can make a major transition in the next five to ten years, many cards will be hybrids, containing both magnetic strips and chips.

Third, the use of holograms in the signature panel as a security feature will slowly fade away. That’s because crooks have gotten pretty savvy in their technical expertise. Plus the holographic images are pretty expensive, and banks aren’t seeing a very high ROI to replicate these. As far as your three-digit security code on the back, those can now be put directly into the computer chip, once those become available.

Fourth, did I mention the pizazz factor? Check out the sleek new design of the Discover it card, which has no name and number at all–just the logo. All the important information is on the back of the card. This card does have a hologram-embedded magnetic strip. The Citi 2G rewards card has two tiny buttons for transactions and rewards redemption.

Look for unique designs and cool branding templates. And shouldn’t there be something a little less boring than plain old plastic? How about the American Express Centurion card of anodized titanium, or the J.P. Morgan Palladium made of palladium and gold!