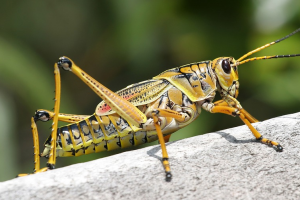 The care of our planet is always on the minds of innovators who are presenting the newest technology and scientific advances.

Ensia, an independent, nonprofit magazine presenting new perspectives on environmental challenges and solutions, asks, “What should we be thinking about when we think about the future of biodiversity, conservation and the environment?”

Here is part of a report (with a link to its entirety):

An international team of experts in horizon scanning, science communication and conservation recently asked that question as participants in the eighth annual Horizon Scan of Emerging Issues for Global Conservation and Biological Diversity. The answers they came up, just published in the scientific journal Trends in Ecology & Evolution and summarized below, portend both risks and opportunities for species and ecosystems around the world.

“Our aim has been to focus attention and stimulate debate about these subjects, potentially leading to new research foci, policy developments, or business innovations,” the authors wrote in introducing their list of top trends to watch in 2017. “These responses should help facilitate better-informed forward-planning.”

1. Altering Coral BacteriaAround the world, coral reefs are bleaching and dying as ocean temperatures warm beyond those tolerated by bacteria that live in partnership with the corals. Scientists are eyeing the option of replacing bacteria forced out by heat with other strains more tolerant of the new temperatures — either naturally occurring or genetically engineered. Although the practice holds promise for rescuing or resurrecting damaged reefs, there are concerns about unintended consequences such as introduction of disease or disruption of ecosystems.

If you think getting rid of invasive species on land is a challenge, you haven’t tried doing it in the depths of the ocean. Robots that can crawl across the seafloor dispatching invaders with poisons or electric shock are being investigated as a potential tool for combating such species. The technology is now being tested to control crown-of-thorns starfish, which have devastated Great Barrier Reef corals in recent years, and invasive lionfish, which are competing with native species in the Caribbean Sea.

The technology behind electronic sensors that detect odors has advanced markedly in recent years, leading biologists to ponder applications to conservation. Possibilities include using the devices to sniff out illegally traded wildlife at checkpoints along transportation routes and to detect the presence of DNA from rare species in the environment.

4. Blight of the Bumblebees

We tend to think of pollinating insects as our ecological friends, but in the wrong place nonnative bees can spell trouble instead by competing with native insects, promoting reproduction in nonnative plants and potentially spreading disease. And they’re doing just that, thanks to people who transport them internationally for plant-pollination purposes. Out-of-place bumblebees are already spreading through New Zealand, Japan and southern South America, and there is concern they could do the same in Australia, Brazil, Uruguay, China, South Africa and Namibia.

Select bacteria and fungi are emerging as potential agricultural allies for their ability to help kick back pests or stimulate growth in crops. As research advances in this area, questions are being raised about potential implications for nontarget species, ecosystems, soils and more.

Sand is mined for a wide range of uses, from making concrete, glass, asphalt and electronics to reclaiming land and aiding in the extraction of fossil fuels. And with sand mining comes disruption and loss of habitat in sand sources such as quarries, rivers, lakes and oceans. As demand for sand grows, efforts are underway to develop strategies for restoring areas from which sand has been removed and to advance the use of alternative materials such as mud or recycled construction material where possible to reduce stress on existing stocks.