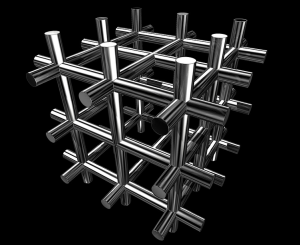 A few weeks ago I posed the question: Have you jumped on the blockchain wagon?  A blockchain is a data structure that makes it possible to create a digital ledger of transactions and share it among a distributed network of computers. It uses cryptography to allow each participant on the network to manipulate the ledger in a secure way without the need for a central authority.

I’ll be sharing a lot more about blockchain innovation in the months ahead. Here is an interesting article I came across from Michael Kuegeler over at Medium.com. Here’s a snippet and a link to the entire article on his site:

In the year 2008, a mysterious author known as Satoshi Nakamoto published a document http://www.bitcoin.org/bitcoin.pdf about a peer-to-peer trustless system of digital “currency” that purports to solve the problem of double- spending. Nakamoto wrote: “A purely peer-to-peer version of electronic cash would allow online payments to be sent directly from one party to another without going through a financial institution.“ Although not mentioned by Nakamoto, the term ”blockchain” became widely known as the underlying technology of bitcoins, the most popular implementation of cryptocurrencies. Basically, the idea of the blockchain is anticipated to extend far beyond financial services to include various applications of authentication and data storage. Potential scenarios include real estate property records, HR, digital content ownership verification (art, music, literature,..), mobile networks, e-mobility, the energy sector, business process management, self-driven mobile networks and more.

Just another animal in the “buzz word” zoo?

Compared to other “buzz words” like “IoT” (Internet of Things), blockchains seem less inspiring in terms of fancy marketing stories. The first time I became aware of the term blockchain, I realized that it could be one of the key concepts driving digital transformation in the future. “Internet of Things” is about connecting everything with everything, big data is about collecting data and the effort to make sense of it, but what blockchains make outstanding is that they are about how the transport layer of data in networks is managed in itself, regardless where the data comes from and it goes to. In short, blockchains provide a method to run decentralized networks of data distribution which challenges the traditional role of central brokers if not make them neglectable. Most interesting is the impact on digital ownership.