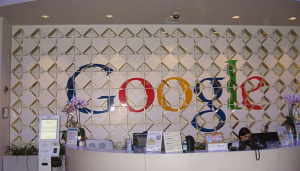 Google is one of the most innovative companies in the world, because it actively pursues a culture of innovation. Google for years has worked to ensure that innovative ideas are continually flowing in order to position the company for success well into the future. What is Google doing, and how can we learn from their innovative culture?

This article from Robert Brands over at Innovation Coach  is a few months old, but you may still glean some valuable insights:

From the Mind of Google: Google’s Nine Principles of Innovation

A popular innovation myth is that innovation only happens within a company’s engineering and R&D departments. To the contrary, it is often the employees on the front lines who come up with the most innovative ideas. Professional expertise alone doesn’t lead to innovation and new product development; life experiences are just as valuable, if not more valuable to the innovation process. For example, AT&T’s exceptionally popular Drive Mode app (a mobile app that can be set-up to automatically send a customizable reply to incoming messages when the vehicle starts moving at 25 mph, in order to reduce a driver’s temptation to look away from the road at his or her incoming text messages) was the innovative brainchild of an AT&T call center employee who had been personally affected by the dangers of texting-while-driving.

2. Focus on the user. A long-standing Google principle is that the company encourages its employees to build products with the user, not profits, in mind. By doing this, Gopi Kallayil, Google’s Chief Evangelist for Brand Marketing, said “revenue issues take care of themselves.”[4]