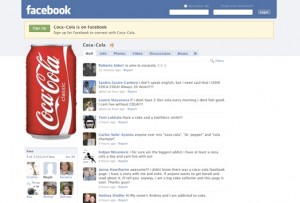 It goes on to say that consumers were nearly 70 percent more likely to recommend or buy products from a brand after following them on social networking sites like Twitter and Facebook.

Consumers said that their number-one reason for becoming a fan of a brand on social networking sites was to receive discounts from the companies. Other reasons for following a brand included previously purchasing a product from the company, wanting to show others they supported the brand or to gain access to exclusive content.